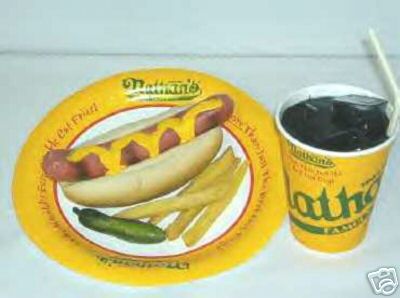 I Was Searching The Web For Ten Comandmentnts,Found This and I thought it was Unusual
* ENLARGE TO VIEW 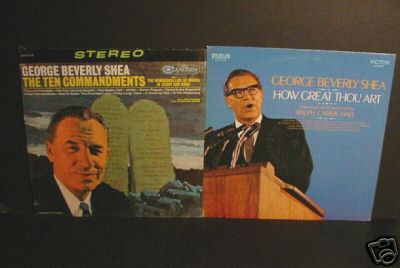 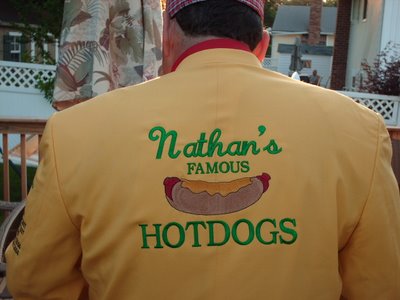 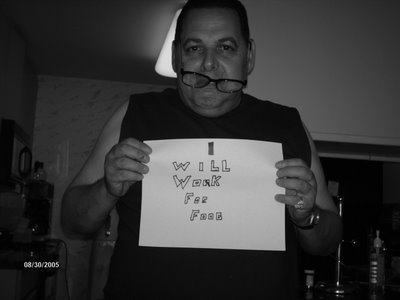 An Insult To The Sport Of CE
Where Did They Get This Footage? 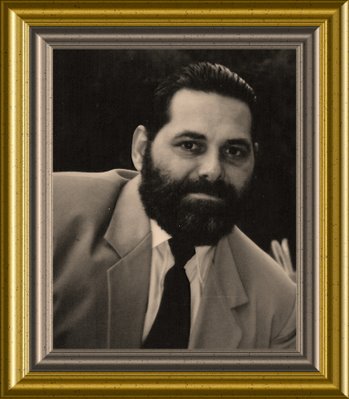 * Pictured Don ''Moses'' Lerman
Back in 2001and 2002 I sent nearly every food pervision company , every dairy company butter producer and all hot sauce manufactures a 25 page portfolio about myself as a competitive eating champion and the new burgeoning sport.They were all sent returned receipt requested , so I know that they received them , and almost each and every one has stole my idea ' my interlectial property'' so to speak ,and that's a shame , give credit where its due , invite me to an event let me be a spokesman ,, but don't trample on my good will. I made theses portfolios when the sport was new and fresh on the scene , it seems that and I'am not being given any credit for my efforts and thats not right..end
posted by Don "Moses" Lerman  # 10:41 AM 3 comments 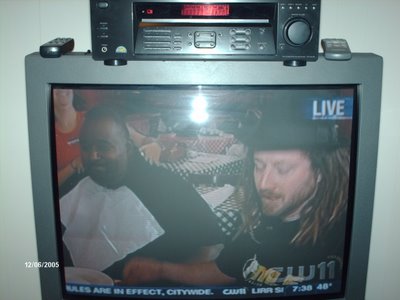 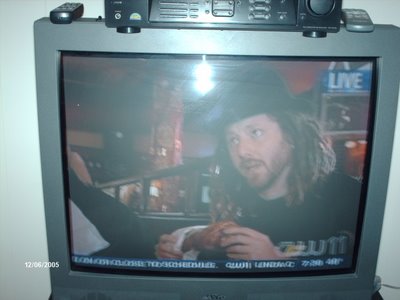 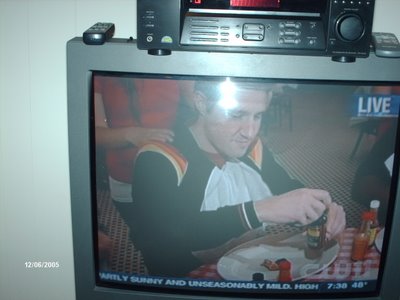 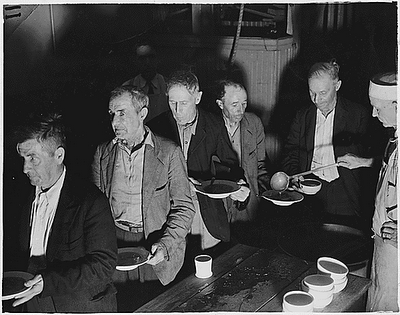 When I was growing up, I remember my grandfather as he reached his 65Th birthday, he was about to receive social security checks , I can't help but recall that he was ecstatic '' free money from the government he said I don't have to work anymore, I was about 8 years old at the time this was around 1957. people would Ask me ,Donald what do you want to be when you grow up , I replied ''65''.Another thing that seemed to peek my interest was the homeless( they weren't called that then they were called bums) eating at the Bowery getting Free meal and it was always broadcast on thanksgiving night on T.V. I always wanted to go to Bowery on Thanksgiving day , were my family broke or indigent , no but even then I wanted the T.V. publicity.
On Passover every Jewish person at a Seder (ritual Holiday meal)recites the words . next year in Jerusalem . every Thanks giving I always say next year the Bowery.
A few years ago I volunteered at the interfaith nutrition network soup kitchen . I told Tony Childs president of the INN at a taping for the Bens Matzah Ball Contest back in 2000 that whether I win or lose that I will be down at the soup kitchen volunteering . I didn't do it for any sort of publicity , I never mentioned it to the owner at Bens or the publicity dept . Sometimes you got to give back and be thankful for what you got ..end
posted by Don "Moses" Lerman  # 2:41 PM 3 comments

While Your Here Visit The Moses Store 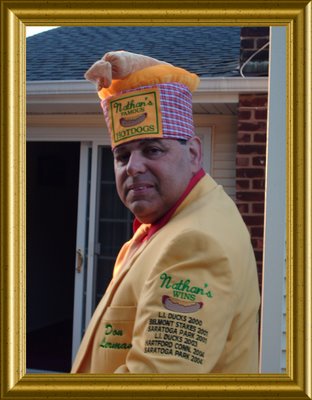 As I reflect upon my eating carear as I said on the about Don Lerman page on my site, I invented the water technique , the first eater to use their own nick name in a contest, before that either the promoter the press or the sponser gave an eater a nickname , I change that forever!
The first eater to go out of state for a contest,the first champion to crossover to another food category, the first non Philly resident to compete in the Wing Bowl( achieving 3rd &2ndplace).
Recently I had the opportunity to be a greeter at a minor league baseball game , all expenses paid transportation door to door plus an appearance fee on hot dog day, when I found out that they were not Nathans Hot Dogs , I politely said no and passed up the offer, after all I'm on the wall of fame and as such am sort of an unofficial good will ambassador, yet on a recent picture of the wall my image is blocked out as it was last year in all advertising. In 2001 I toured the country entering every Nathans regional, out of 10 entered won 7 as document din the film Gut busters and the Big Eats plus at the Coney Island Promo eating 5 hot dogs and bun sin 50 seconds ,not to shabby , very impressive to say the least! ( which graced the back page of the Brooklyn Sunday News) I wrote the magazine that published that picture blocking my image to vent my frustration to no avail or no reply from them whatsoever.now as I move on to being a journalist from and eater I only hope that my accomplishments in the sport I not forgot en. I will be making up Don Lerman magnets and they will be free to my fans I will let everyone know when they are ready , untill then g oodbye for now..Don Lerman
posted by Don "Moses" Lerman  # 11:28 PM 1 comments

CONEY ISLAND CIRCA 1940 '' THE BARRY SISTERS'' PLEASE TURN OFF MUSIC ON TOP OF PAGE , at the conclusion of this clip there are more clips about Coney Island

This Weekend Don Lerman Wants To Remind Everyone To Enjoy The Archive Section Of Moses News .Com 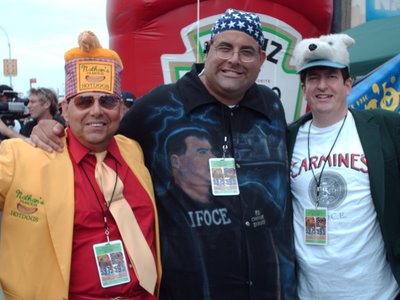 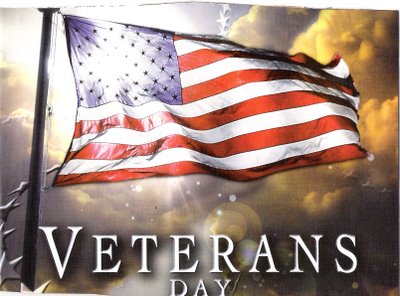 As we approach Veterans Day we can except another mattress or shoe sale , not what the holiday was intended for , but such as it is become and we learned to live with it .it is a day to honor the veterans .plain& simple and should never be forgotten.
I want to take this time to say that even if asked to be a contestant and given a bye, that I will not be a participant this year at the wing bowl , due to my heavy weight 255lbs and my recent auto accident. Myself and my staff wish all the participants in the wing bowl good luck regardless of the rhetoric and trash talk that I may have participated in the past may have attributed to ,and wish everyone a good tailgate party as well .thank you ...DonLerman and Staff

You Saw It On Moses News .Com First! 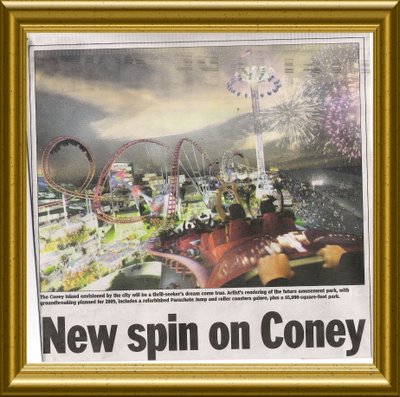 * SCROLL DOWN FOR BREAKING STORY!

A new developer has major plans for coney island including hotels condos , year round indoor amusement and entertaining center, however NBC NEWS reports that 90% of the land is owned by one person who has different visions for a revamped coney island and astroland . Nathans Famous Flag ship and original eatery is at the hub of coney island and may or mat not be effected..end
posted by Don "Moses" Lerman  # 6:17 PM 0 comments 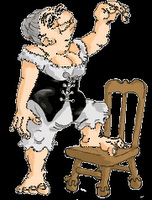 OLGA ''THE OLD GAL'' GOES HUNTING IN BROOKLYN FOR GEFILTEFISH

NEWS ORGANIZATIONS AROUND N.Y REPORTS THAT OLGA WAS SEEN IN WALDBAUMS AND KEY FOOD LOOKING FOR GEFILTEFISH AT ONE TIME OLGA WOULD HAVE A LIVE FISH IN HER BATH TUB ON FRIDAY NIGHT AND MAKE IT FRESH , BUT THOSE DAYS ARE GONE.
* ENLARGE OLGA TO SEE HER MOVE!
posted by Don "Moses" Lerman  # 9:03 PM 0 comments

THE SAGA OF DON LERMAN & THE PHILLY WINGBOWL 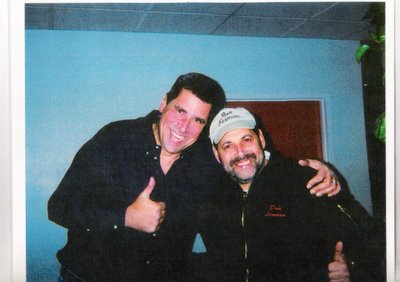 I NEVER HEARD ABOUT THE WING BOWL UNTIL I WAS ON ROUTE TO CALIFORNIA GOING TO THE GLUTTON BOWL ON THE STOP OVER I RAN INTO SOMEONE WHO INTRODUCED HIMSELF AS EL WINGADOR . THE FIRST TIME I WENT TO PHILLY MY SELF AND KRAZY KEVIN WAS GREETED BY SOMEONE FLIPPING THE DOUBLE BIRD AT US THROUGH THE WINDOW , THERE WAS ALOT OF ANIMOSITY TOWARD THE OUTSIDER'S AS WE WERE CALLED , ON COMPETITION DAY THEY WANTED TO HAVE MYSELF KEVIN AND COONDOG O'KARMA MARCH OUT TO THE ARENA TO THE 3 STOOGES THEME SONG , I FLATLEY REFUSED THAT REQUEST . LETS FAST FORWARD TO MY LAST WINGBOWL , IT WAS A COLD BLISTERING NIGHT FULL OF SNOW AND SLUSH , I WAS WEARING A BOOT CAST AS I HAD A BROKEN FOOT AT THE TIME . MY NAME WAS SOMEHOW REMOVED FROM THE COMPETITORS S LIST . I HAD TO CRAWL UNDER A FENCE TO GET IN . MY ENTOURAGE WHICH I FLEW IN FROM OUT OF STATE AND PUT THEM UP IN ROOMS COULDN'T GET IN THE CENTER AT ALL. I NEARLY MISSED THE EVENT AND WAS USHERED RIGHT ON THE FLOOR AS SOON AS I GOT IN TO THE WACHOVIA CENTER . IT WAS AN INJUSTICE TO SAY THE LEAST . ANGELO CATALDI MAD E A GENERAL APOLOGY BUT DIDN'T ADDRESS MY ISSUE DIRECTLY .WILL I GO IF ASKED AND GIVEN A BYE? ,INVITE ME FIRSTAND I'LL GIVE MY REPLY ....DON LERMAN
posted by Don "Moses" Lerman  # 2:03 PM 1 comments 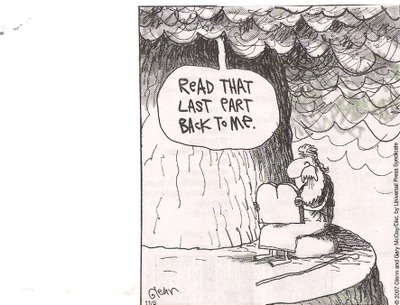 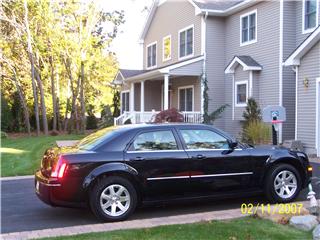 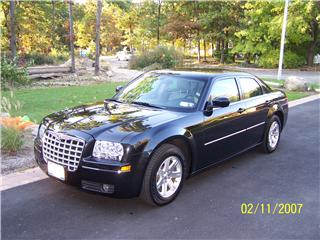 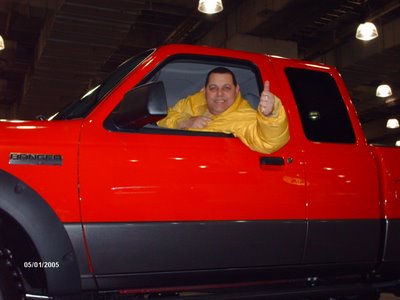 As I sit in front of my computer screen ,I have to take serious thought on losing weight . it was no idle threat or joke that my nephew made at me losing Moses News .Com ( See live Moses mail bag Oct 31St)IF i don't shed the lbs. He was never more serious, My family says that I should not hang up my Ce fork & spoon ,but throw them away. Part of me wants to stay in Ce as an eater , but the reality is that perhaps my time has come and gone . I often talk about my first win when Mayor Giuliani presented me with the Matzoh Ball trophy the announcer yelled lets hear it for Don lerman &Rudy Giuliani there was a sea of reporters more than a presidential press conference , it was overwhelming . I once told a friend that if I had won the Nathans 4Th of July contest that Mayor Giuliani proberly would put pick me to run as V.P. . '' he replied back Don you can'tbe serious , I told him told him , no I'm not , I'd be on the top of the ticket!. now due to my accident and weight my chances shine dim for a come back . I'm in the process of revamping don moses lerman.com on the heals of my nephew threating to pull the plug.I must do 1 important exersise if i want to lose any weight and that is PUSH MYSELF AWAY FROM THE TABLE ! untill next time ....Don Lerman
posted by Don "Moses" Lerman  # 7:36 PM 0 comments