Happy 4th Of July To All!
From The Staff At Moses News .Com
And Don Moses Lerman.Com
posted by Don "Moses" Lerman  # 12:13 AM 1 comments

shut music Off On Top 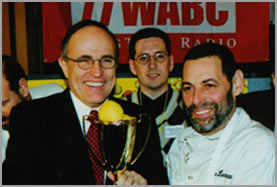 Bens Kosher Deli Slowley Bitting The Dust
Bens Deli has already closed its Baldwin Store, The Huntington Bens Express,and now the Bayside bay terrace is on its way out, the Long Island headquarters in Hicksville is history. whats left? , I believe 1 in Flushing ,1in Manhattan 1 in GreenvAle and I believe other than Florida , 1 in Woodbury L.I. Roosevelt Field ( Food Court) and Carle Place L.I.
The days of the old Bens with the winter spectacle of the Matzoh Ball contests are gone for good. All the trappings and trimmings of the Matzah Ball Contest Have long been removed from the Bens restaurants , like a city that has been swallowed by an earthquake, showing absolutely not an spec of semblance of a once grand contest. If Bens would perhaps either invest in a new chef and new receipes maybe it can survive without the hoopla of a contest as it once had , which was instrumental in the birth of competitive eating as a sport.end 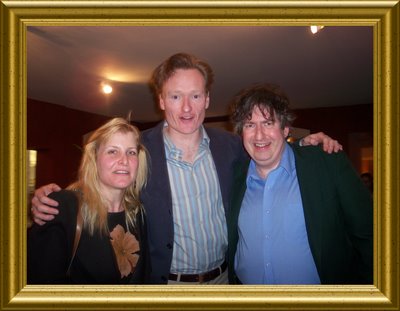 This Saturday At Smithtown Ed Jarvis was presented a certificate for the most weight loss and inches at Dunkin Donuts Parking lot, he slimed down from 411 to 387 since the start in march , Ed Jarvis once tiped the scales at5oolbs , vows to slim down to 265 by July of2010...
posted by Don "Moses" Lerman  # 8:04 AM 0 comments

This Nearly was mine (curry title)

*CLICK ON PICTURED SQUARE AND SHUT SOUND OFF ON TOP OF PAGE AS CLIP CONTAINS ITS OWN SOUND..Don LERMAN
posted by Don "Moses" Lerman  # 4:50 PM 0 comments The judging was unbeleivable perfect the refill plates were right there, the extra person was there to watch and flip the tally cards , the announcer was first class with an unbelievableintroduction. all contest should be conducted this way , it should be the blue print for all events
posted by Don "Moses" Lerman  # 4:19 PM 0 comments