Time to Rethink about Burning Coal at Electrical Plants and and Say goodbye To Nuclear Energy we have an abundance of coal in this country so why not start burning it , It can be burned cleanly and will solve most of the energy demands in this nation as far as nuclear energy is concerned it its a no brainer , there simply isn't anyway to store and get rid of the waste and just remember what it did to Chernobyl in the Ukraine , it ruined it for hundreds of years to come . Every bit of coal decreases our dependence on foreign oil

U.S. Should Start Charging Japan and NATO Countries for Defence
The U.S should start billing our allies for us protecting them, Japan is now one of the most richest of nations , has no natural resources yet grew filthy rich because we pay for their defense , plus wont open their markets to US trade this must stop ,our serviceman fight for Iraqi freedom and how do they repay us by raking us over coals for a barrel of oil, that's obscene its not descent. it must stop. we in The U.SA will have to tighten our belts while the NATO countries and Japan live high on the hog . hate Americans and bites the hand that feed them we keep on giving millions in foreign aid to countries that hate us don't support us at the UN while our cities are in dire need for cash and we cant help them out. time to wake up.
posted by Don "Moses" Lerman  # 5:05 PM 0 comments 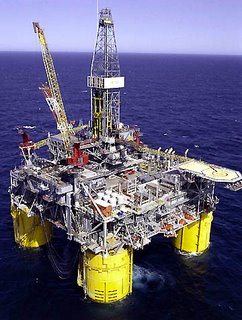 Say No To Off Shore Drilling
We At Moses news .Com believe that the recent high prices at the gas pump may just be a power play . a push to force the hand of the east coast governors and legislators to allow off shore drilling in their state shores, How sad if that's true to rack the pubic over coals in this manner to change public policy visa vie off shore oil drilling . I paid $ 635 a month for home heating oil last winter and I expect to pay $ 900 a month this year'' say no to off shore drilling'' The oil we are using this winter has been in the tanks over a year it shouldn't have no bearing at the market price what so ever let the oil companies show some good faith and lower the price at the pump at least a dollar a gallon , first

What This Country Needs Is a Foreign Legion... and We Need It now !
THE good old U.S of A , is spreading our troops thin . where All over the world Korea, Somalia Bosnia the Sinai, Iraq to name a few . and we are running out of troops , the enlistments are down, if we ever reinstate the draft there Will probably be a protest the like this nation has ever seen worst than the Vietnam er a ever was.
what we need is a foreign legion patoned after Frances french foreign legion, but tailored to American tasted and laws wherever we have American Embassy Or U.S Military base foreign embassy we can enlist foreign nationals . we can offer the enlistees U.S, Citizenship after a 6 or 8 year tour for them and their family. we can have it run with non coms and officers from any of our 5 branch's of our military . The foreign legion served France for hundreds of years it can work for America as well..Don Lerman
posted by Don "Moses" Lerman  # 11:48 AM 0 comments

Call your Representative again
Now That the Bail out Bill has failed the House and a new vote will be taken it is important to call your representative in Washington and say no to any or all bail out vote that may be taken the near future. This is a scare tactic that the stock market will fall to 1929 levels , Don't buy into that, say no to any golden parachutes , the old bill still had a watered down provision supporting it. Plus money that originally earmarked for Acorn a Democratic slush fund , say no to taxpayer money paying for private Business' mistakes . Don't make this a political partisan issue , its not the taxpayers problem. Don't tell the American Public that the house Financial oversight committee knew nothing of this so called meltdown early ..call your U.S. Senator and Congressman and urge them to vote no and send a message to Washington..end

No comments on this thread 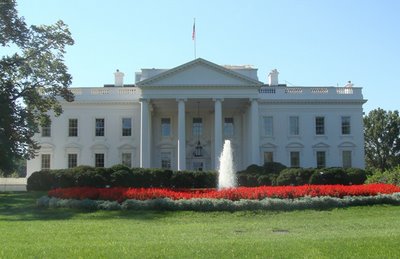 Editoral
This this is Don Lerman Speaking call your U.S. Senators office and say no to the bailout. . don't let the U.S, Taxpayer pay for the mistakes of Fannie Mae , Freddie Mac, Lehman and Goldman Sachs. this is negligence on their part gross mismanagement , the U. S. Government and Joe taxpayer shouldn't hold the bag for a bunch Of robber barons , and whats this Bull about helping Main St. ,I don't know about you but I pay my mortgage and taxes on time those who defaulted knew what they were signing when they opted for a balloon mortgage, why should those like you and wind up paying for a bunch of dead beats . and defiantly no golden parachutes in the end the U.S. acquires nothing no stock and nothing but a bigger deficit...Don Lerman
posted by Don "Moses" Lerman  # 6:29 AM 1 comments 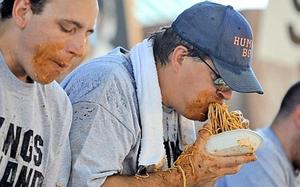 Downing 13 1/2 pounds of Cincinnati chili to win an Ohio eat-off Monday wasn't enough for Royersford native "Humble" Bob Shoudt, even if he did beat out No. 1-ranked competitive eater and Wing Bowl champion, Joey Chestnut.

Shoudt and some of his competitors followed up their Labor Day meals by putting their gastric prowess to the ultimate test with a round of roller-coaster hopping at Kings Island amusement park in Cincinnati, where the eat-off was held.

"Joey [Chestnut] looked pretty sad after the first coaster," Shoudt said. "The first coaster was a little tough on me, but when I saw his face I knew I was good compared to him."

Contrary to early reports, which put his Cincinnati chili consumption at 11 1/2 pounds, Shoudt, 41, a Center City information-technology manager, who's ranked fifth on the International Federation of Competitive Eating (IFOCE) circuit, actually ate 13 1/2 pounds of the dish for the win and $2,500 in prize money, according to the IFOCE.

"I can still feel pounds and pounds of pasta in my stomach right now," Shoudt said, more than 24 hours after the eat-off.

A Cincinnati dish, the chili was served in one-pound portions filled with 8 ounces of spaghetti noodles, 6 ounces of beanless chili and 2 ounces of cheese (also known as a "three-way").

Even chocolate has a place in the recipe, though Shoudt said he couldn't taste that or much else of the food he put down.

"It probably tasted good," he said. "But when you're in an eating contest you're just trying to find the easiest way to get it down."

Shoudt, who often competes twice or more in one weekend, said that summer is the busy season in "stomach-centric sports."

Even with three more competitions ahead of him before the end of the month, Shoudt hopes to lose 10 to 15 pounds - he's 285 pounds according to the contest Web site - to compete in the Krystal Square-Off Hamburger Eating Championship on Sept. 28. He's the current record holder at 39 burgers in two minutes - or one burger every three seconds.

"Used to be the big people dominated competitive eating," said Shoudt. "Now, it turns out, it does limit the ability of your stomach to expand if you have more fat."

When not eating competitively, Shoudt sticks to a vegetarian diet. After competitions like Monday's, he'll go without food for up to two days, followed by days of eating only between 400 to 500 calories.

"We pros take it very seriously," he said. "If we let on how serious we took it, we'd look like idiots." *

The most Krystal hamburgers that University of North Florida nursing student Farrell Hoffman had ever eaten in one sitting was two.

But Monday, the Davie 19-year-old found herself on stage at the Jacksonville Landing with two of competitive eating's superstars, squaring off to swallow as many Krystals as possible in eight minutes.

Hoffman didn't come close to matching the 60 square burgers scarfed down by Jacksonville's own Hall "Hoover" Hunt, 26. The new Jacksonville record will send Hunt, by day a structural engineer at The Haskell Co., to the championship Sept. 28 in Chattanooga, Tenn.

"I never get full. I'm not full now," Hunt said after his head-to-head victory over Sonya "The Black Widow" Thomas, ranked sixth in the world. Hunt is ranked eighth.

A large crowd, including one man who held up a Hoover vacuum cleaner and four women who spelled out Hunt's name in body paint, cheered for the hometown favorite. Rebecca Bowling, the 'N' in Hunt, said they hope to follow him to Chattanooga. There he will face Krystal Square Off IV champion Joey Chestnut, who downed 102 burgers last year, and Japanese eating legend Takeru Kobayashi, who has eaten 95.

Thomas, who has gobbled as many as 62 Krystals in competition, fell behind early and never could catch Hunt. But she had her supporters, too, including Jacksonville Beach law student Carl Voss, who held up a sign reading "Marry Me Sonya."

"What kind of man doesn't love a girl who can eat 65 hard-boiled eggs?" asked Voss, who's followed Thomas' career since 2003.

Voss's sign got him selected as one of five amateurs brought on stage to compete. One, 20-year-old Richard Guadagnolo of Margate, came in third after finishing off 15 Krystals.

As for Hoffman, she ate five, more than doubling her personal best.

"What kind of man doesn't love a girl who can eat 65 hard-boiled eggs?"