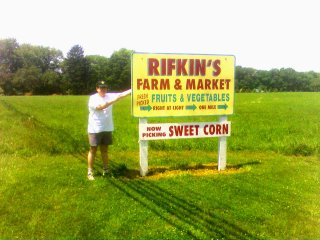 A Happy And Healthy New Year To All!

A Resturant People Are Dieing To Get Into 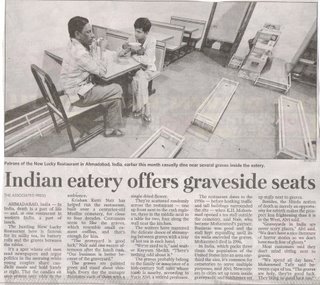 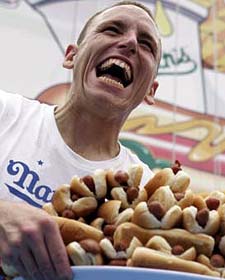 MSN Feature Story Of The Day
* click here for great tee shirts
http://www.tshirttank.com
Jaws to the rescue
Joey Chestnut's mouth vaccuumed up 66 hot dogs in 12 minutes. (Seth Wenig / Associated Press)
Takeru Kobayashi dominated competitive eating for years. He won the Nathan's hot dog competition at Coney Island six years in a row. But this July 4 was different.
American Joey "Jaws" Chestnut devoured 66 hot dogs in 12 minutes to beat Kobayashi and set a world record. The former champ was game, consuming 63½ hot dogs (minus a late regurgitation) despite suffering from an arthritic jaw and a recent wisdom tooth extraction.
But Chestnut, 24, was a force of nature. "This title's been held by Kobayashi for six years, so it's about time it came home," Chestnut said after the event. "I knew going into this contest that Kobayashi was going to give 100 percent."
posted by Don "Moses" Lerman  # 3:31 PM 0 comments 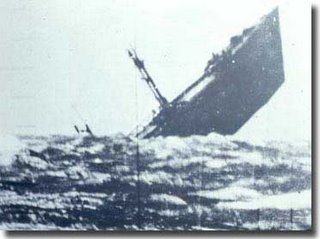 Is The I.F.O.C.E Ship Of State Sinking Or Just Roughing Out The Storm?

With no contests to be seen on the horizon enquiring minds wants to know whats going on? Is this the end of the line for the I.F. O. C. E , or what, if it is sinking will the mle be scaled down to feature a few select contests like nathans? It remains to be seen. I think the public and eaters have a right to know whats going on , Perhaps someone from Shea Communications will read this and respond..end

A Word From The Editor 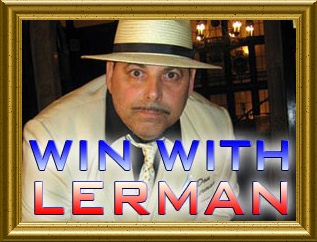 To all my fans and detractors , the diet is working ,It will be by spring that I project my weight to be between 200 and 170lbs. I will be listening to the wing bowl on my radio and I am throwing my full support behind U.S Male Goldstein this year and wish him God speed and good luck .I wasn't even given a courtesy call about attending in any fashion from any of the promoters , that's o.k. IVE been crapped on worse in my career , so it doesn't bother me no more.In the near future I "m tyring to put together a few contests one which will be the prestigious Lerman cup at the Don Lerman invitational cup a date to be announced and location to be reveled at a later time . so stand by .Enjoy the you tubes on the LiveMoses mailbag and a happy and healthy new year to all!
posted by Don "Moses" Lerman  # 3:57 PM 3 comments

Not An Example Of A Competitive Eater! 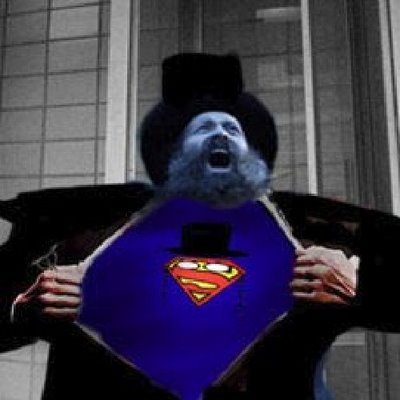 Moses News.Com Invites You To go To...
Here Is A Sample Of What To Expect
* Click here on to the link http://www.tshirttank.com/
From The Nephew of Don Lerman'' Dr. Urban''
Coming soon new Don'' Moses'' Lerman Line of shirts
* ALSO GO TO THE LIVE MOSES MAILBAG FOR SOME GREAT U-TUBE VIEWING 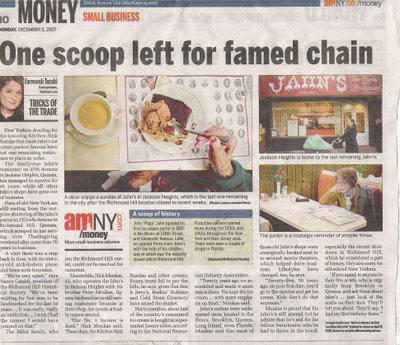 Jahns Ice cream Parlour a familiar site in N.Y. 40 years ago , It's last place now in Jackson Heights still offers the famous kitchen sink! Jahns was the place to go for a birthday or after a movie at a movie theater , I always went there for my birthday for the free Sunday and after late night card game a they were open late till 2am on Fridays and Saturday nights .
This would be a great place for a challenge with some fellow eaters. I think all New Yorkers will remember Jahns. the Jahns near me in Levitown had become a single club and is now Dempseys grill , the one that I"m referring to had a roller skating rink attached to it in Levitttown on Hempstead turnpike for those who recall it ..end
posted by Don "Moses" Lerman  # 6:07 PM 2 comments 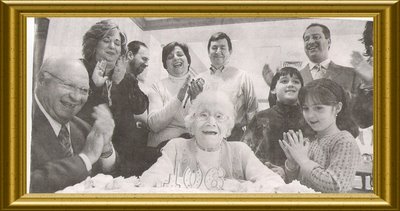 Olga ''the old gal'' Celebrated her 92nd birhtday and vowed I will challenge Gal Sone to a contest soon
posted by Don "Moses" Lerman  # 4:08 AM 0 comments 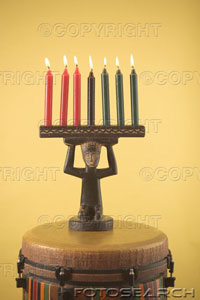 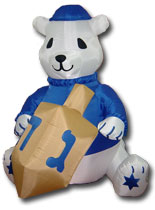 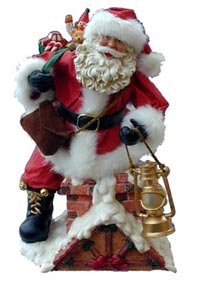 A Happy Chanukah,Merry Christmas & A Happy Kwanza From Don Lerman And The Staff AT Moses News.Com