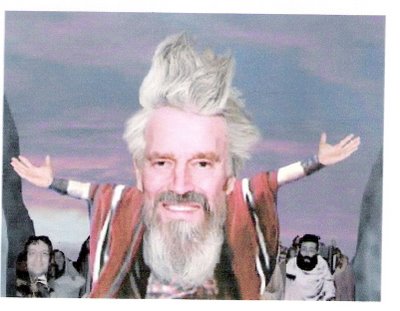 Charlton Heston Passes Away at the Age of 84
Source: Mercury Group
April 6, 2008
Legendary actor, civil rights leader and political activist Charlton Heston passed away today, at the age of 84. He died at his home with Lydia, his wife of 64 years, at his side. Mr. Heston was loved by his two children, Fraser Clarke Heston and Holly Heston Rochell, and his three grandchildren, Jack Alexander Heston, Ridley Rochell and Charlie Rochell.The Heston family issued the following statement:"To his loving friends, colleagues and fans, we appreciate your heartfelt prayers and support. Charlton Heston was seen by the world as larger than life. He was known for his chiseled jaw, broad shoulders and resonating voice, and, of course, for the roles he played. Indeed, he committed himself to every role with passion, and pursued every cause with unmatched enthusiasm and integrity.We knew him as an adoring husband, a kind and devoted father, and a gentle grandfather, with an infectious sense of humor. He served these far greater roles with tremendous faith, courage and dignity. He loved deeply, and he was deeply loved.No one could ask for a fuller life than his. No man could have given more to his family, to his profession, and to his country. In his own words, "I have lived such a wonderful life! I've lived enough for two people."A private memorial service will be held. The family has requested that, in lieu of flowers, donations be made to the Motion Picture and Television Fund:MPTF22212 Ventura Boulevard, Suite 300Woodland Hills, CA 91364MPTVFund.orgHeston received an Oscar for Best Actor in 1960's Ben-Hur and starred in such classics as The Ten Commandments, Planet of the Apes, Secret of the Incas, The Omega Man, Soylent Green, El Cid, 55 Days at Peking, Earthquake, The Greatest Story Ever Told and Julius Caesar. You can view his full filmography, dating back to 1941, here.
posted by Don "Moses" Lerman  # 8:30 AM
Comments:
moses is dead, moses is dead, all ingrates say moses is dead !

Don Lerman Is a new Moses for this century