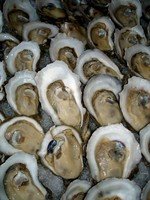 Occurring each year during the French Quarter Festival, the Acme World Oyster Eating Championship is the first of four annual International Federation of Competitive Eating (IFOCE) major titles. As a result, it is always a hotly contested event drawing top eaters from around the country and large crowds of spectators.