A Story Of a Farmer The Son And The Elderly Grandfather 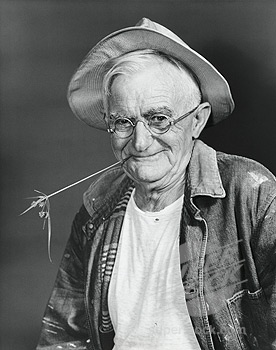 As the saying goes what goes around comes around , I haven't been treated in competitive eating as well as I'd have wished I should have been , yes I had my share of publicity and the limelight , but I had more of my share of injustices in my time to zero out whatever bones were thrown my way.
I want to let everyone know that thou I received the lifetime achievement award , I fell that my presence in competitve eating is being discounted and I leave the sport treated like a piece of crap.
So i would like to remind all the eaters how I get treated a major figure in the sport as I exit the ce table will have a direct effect on all of you...and now I'd like to tell you this tale of a farmer his young song and the elderly grandfather who worked a farm. one day the elderly grandfather became to ill to work and the father then tells his son , that on my farm if you don't work you don't eat and so put grandpa in the barn to starve to death . as the young son walks the elderly grandpa away the father shouts back , I want him to starve to death but not freeze to death so here's a blanket to wrap around him so that he may be warm ...a few minutes pass and the young son returns with half a blanket the Father says . whats this , the Young son says I 'm saving half for you someday , Well George will save half a blanket for the Joey Chestnuts when they cease to be as productive as in their prime ..end
posted by Don "Moses" Lerman  # 6:08 AM
Comments: Post a Comment